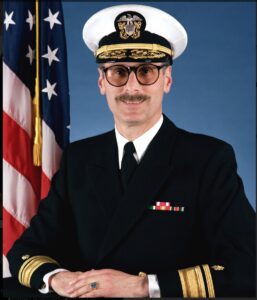 Special Collections and Archives has acquired the personal papers of Dr. Robert C.J. Krasner, Lafayette Class of 1967. At Lafayette, Krasner majored in both history and literature, and credited the liberal arts education in preparing him for leadership in the armed services, federal government, his medical practice and academic life. After earning a doctorate of medicine from the University of Maryland where he specialized in tropical medicine, he served as physician for three ambassadors in London, and in 1990 was appointed Attending Physician to Congress. In this position, he was responsible for the care of members of the United States Senate, House of Representatives, and Supreme Court until his retirement in 1994. Over his career, Dr. Krasner interacted with figures ranging from Nelson Mandela to Queen Elizabeth II, while attending to leaders in all branches of U.S. government, including Speaker of the House Thomas “Tip” O’Neill, Secretary of State Henry Kissinger, and Supreme Court Justices Thurgood Marshall, Sandra Day O’Connor, and Ruth Bader Ginsburg. Ultimately, he earned the distinctive position of two-star admiral in the Medical Corps of the United States Navy. The archive includes Dr. Krasner’s selected correspondence, a collection of unpublished memoirs composed at different stages of his career, photograph albums, and ephemera assembled from his time as Attending Physician to Congress, 1990-1994. The archive documents an active life in both research and service in locations such as Panama, Ethiopia, Eritrea, Indonesia, London, UK, and Washington, D.C. The donation also includes Dr. Krasner’s personal collection of autographs of United States Secretary of the Navy. The materials will be used to support current student research utilizing unique and primary source archives, and will be available to research by appointment within Special Collections and Archives.